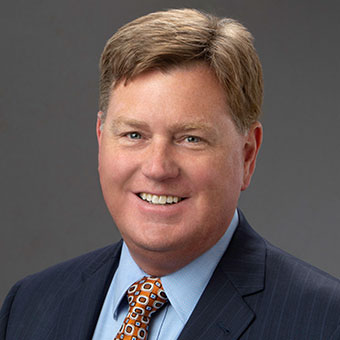 LeadingAge New Jersey & Delaware is the statewide association of not-for-profit senior care organizations and is dedicated to advancing quality aging services in New Jersey and Delaware through advocacy, education and fellowship. Together with our partner, LeadingAge, we advance policies, promote practices and conduct research that supports, enables and empowers people to live fully as they age.

Prior to his tenure with LeadingAge New Jersey & Delaware, McCracken had been appointed Long Term Care Ombudsman by Governor Chris Christie on December 3, 2010. As Ombudsman, McCracken managed a staff dedicated to secure, preserve and promote the health, safety and welfare of New Jersey citizens 60 years and older residing in long-term health care communities. The NJ Office of the Long-Term Care Ombudsman provides advocacy to residents living in long-term care settings and processes more than 5,000 abuse and exploitation allegations each year.

McCracken was CEO and Executive Director of The House of the Good Shepherd, (The House), Hackettstown, N.J., a continuing care retirement community offering healthcare and specialized services to more than 180 residents from 2007 to 2010. The House includes independent apartments, assisted living suites, nursing residences and cottage homes.

McCracken began his career in 1995 as Manager of Program Development at the United Methodist Communities in Neptune, N.J. In 1999, he was named Executive Director of the Francis Asbury Manor in Ocean Grove, N.J., and from 2000 to 2007 served as Administrator of the Bristol Glen Continuing Care Retirement Community in Newton, N.J.

A strong believer in civic involvement, Mr. McCracken served on the Fredon Township Committee from 2003 to 2010. He was selected by his fellow committeepersons as Deputy Mayor in 2005 and 2007 and as Mayor in 2010.

Mr. McCracken has served on many boards including LeadingAge New Jersey & Delaware, the Greater Newton Chamber of Commerce, the 200 Club of Sussex County (past president), and the House of Delegates of Leading Age. Mr. McCracken has been a member of the Sussex and Warren Counties Chambers of Commerce and the Sussex County League of Municipalities (past president). He was formerly a member of the Newton and Hackettstown Rotary Clubs.

He was selected as a 2009 Fellow by Leadership New Jersey, a statewide organization that equips emerging leaders positively to impact the state through leadership in business, government, education, and the non-profit sector. In 2014, the New Jersey Hospice and Palliative Care organization presented him with a Spirit of Hospice Award as the Public Servant of the Year, in 2017 he received The Educator of the Year from American College of Health Care Administrators and in also in 2017 he was honored by the New Jersey Foundation on Aging for his dedication to the safety and welfare of New Jersey’s older adults.

In 2016, Mr. McCracken joined the board of directors of the New Jersey Alliance for Culture Change, an organization committed to serving as a resource and inspiration to those long term care communities committed to transformation and also serves on the board of Birth Haven, an independent nonsectarian, non-profit organization that provides shelter, support and education for homeless pregnant women and girls.

Mr. McCracken received his Bachelor of Arts in Religion from Denison University in Granville, OH, and earned a Master of Healthcare Administration from the University of New Hampshire in Durham. He also studied Pre-Hospital Emergency Care at the George Washington University in Washington, D.C. 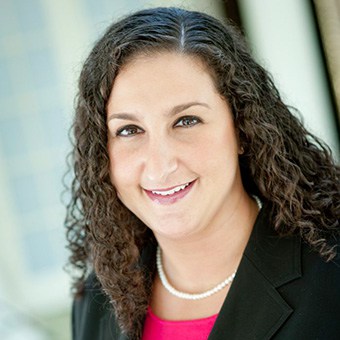 Prior to joining LeadingAge New Jersey & Delaware, Meagan Glaser was the New Jersey State Deputy Director for the Drug Policy Alliance, where she led diverse coalitions in support of successful advocacy campaigns, which resulted in the enactment of landmark legislation. She has more than a decade of policy advocacy, government relations, event planning, project management and communications experience in the nonprofit sector.Glaser has also served as the director of legislative services for a New Jersey state assemblyman and completed an internship at the Princeton Public Affairs Group, the largest government affairs firm in New Jersey.Glaser is a magna cum laude graduate of The College of New Jersey, where she received a BA in political science, with minors in law and philosophy, and women’s and gender studies. Glaser completed a master’s degree in public affairs and politics at the Bloustein School of Planning and Public Policy at Rutgers University. While pursuing her graduate studies, Glaser was awarded a Governor’s Executive Fellowship from the Eagleton Institute of Politics. Through this fellowship, Glaser studied at the Institute and worked in New Jersey Governor Jon Corzine’s Intergovernmental Affairs Office. 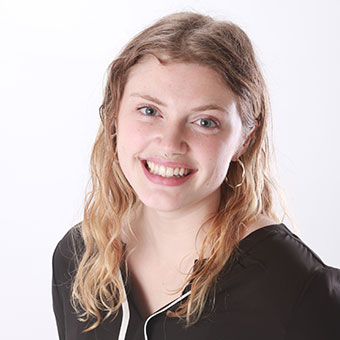 Prior to joining LeadingAge New Jersey & Delaware, Ivy was the Program Coordinator for Brooklyn For Peace, a grassroots social justice organization, where they led a team of engaged volunteers, managed all constituent communications, coordinated educational and networking events and advocacy campaigns, as well as maintained office operations and development projects.Ivy Beck graduated Summa Cum Laude from Hofstra University, where they received a BA in global studies and geography, with minors in philosophy and civic engagement. Passionate about equity, justice, and community building, while at Hofstra they founded a chapter of Peace Action New York State and received the Don Shaffer Student Peacemaker Award.

When Ivy’s not working, you can find them out in their garden, crafting with their cats, or roaming the beautiful trails and beaches of the North East. 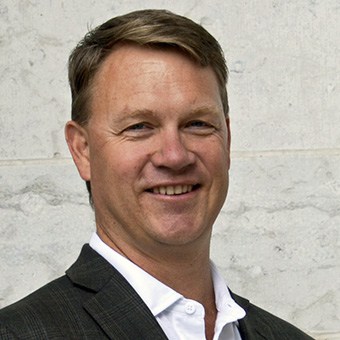 Pete began his career at Coopers & Lybrand in Columbus. Later, was the Controller and CFO for several central Ohio companies. Pete was born in Wisconsin, and grew up in New York State. He went to Ohio University, and obtained a Bachelor’s Degree in Business Administration, with an emphasis in Accounting, and a minor in Interpersonal Communication. 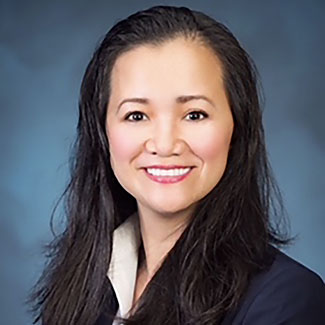 As the Housing Consultant for LeadingAge of New Jersey & Delaware (LANJDE), Dao analyzes and summarizes proposed, new, and or existing Federal and State regulations, programs, policies, or initiatives and their impact on LANJDE community.

Dao Degnan is a senior associate with the Compass Group LLC who has served the real estate industry for over two decades. Prior to this role, she served as Chief of Asset Management (the Account Executive Branch) within the Office of Multifamily Housing at HUD, where she oversaw a NJ and NY portfolio of approximately 750 HUD projects comprising some 70,000 units and was responsible for their physical, financial, and managerial well-being. Prior to that, she wore multiple hats for the Office of Affordable Housing Preservation (OAHP) as Program Center Director, REAT Manager, Energy Innovation Fund Administrator, and RAD Transaction Manager, among other roles.

Dao has extensive experience in real estate accounting, finance, and operations, and specializes in designing, developing, and managing rehabilitation and grant administration programs, as well as resolving complex affordable housing regulatory and financial issues. Her contributions have led her teams to being the recipient of the 2014 HUD Secretary’s Award for Exceptional Program Office Achievements and the 2013 Federal Executive Board of NY’s Award for Outstanding Team Performance. Prior to HUD, Dao was a consultant at Ernst & Young’s Kenneth Leventhal Real Estate Group and before that, an analyst at Boston Financial. She holds a Master of Science Degree in Real Estate from NYU with a concentration in Asset Management, a Bachelors of Arts Degree from Wellesley College, and is a Leadership in Energy Efficiency and Design Accredited Professional in Building Design and Construction (LEED AP BD+C). 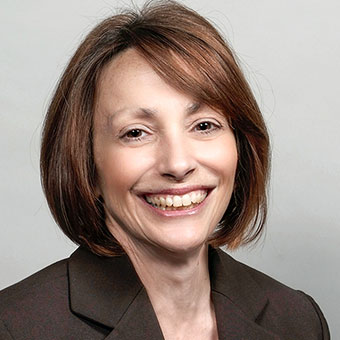 Theresa Edelstein is the regulatory consultant for LeadingAge NJ & DE under a shared services agreement with the NJ Hospital Association where she serves as Vice President, Post-Acute Care Policy & Special Initiatives.

Theresa has been a licensed nursing home administrator in NJ and NY for more than 25 years and has extensive experience in hospital-owned and freestanding organizations, both non-profit and for-profit. In addition, Theresa has worked in home and community based settings throughout her career.

Since joining NJHA, Theresa has been engaged in numerous regulatory and legislative initiatives in NJ and nationally on behalf of providers across the continuum of care. 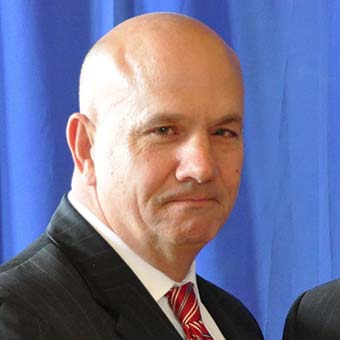 Mr. Weidner is responsible for all-hazards emergency preparedness, exercise design, conduct and planning, emergency communications and response in support of over 400 long term care facilities across New Jersey. He is a graduate of FEMA’s Master Exercise Practitioner Program and FEMA’s National Emergency Advanced Academy. Additionally, he is a Certified Emergency Manager and a New Jersey Registered Environmental Health Specialist.

Mr. Weidner serves as an adjunct instructor for the New Jersey State Police – Office of Emergency Management and the New Jersey Department of Health – Exercise Support Team. He earned a Bachelor of Science (BS) in Public Health Administration from Rutgers University, and his Master of Public Health (MPH) in Environmental Health from West Chester University of Pennsylvania. 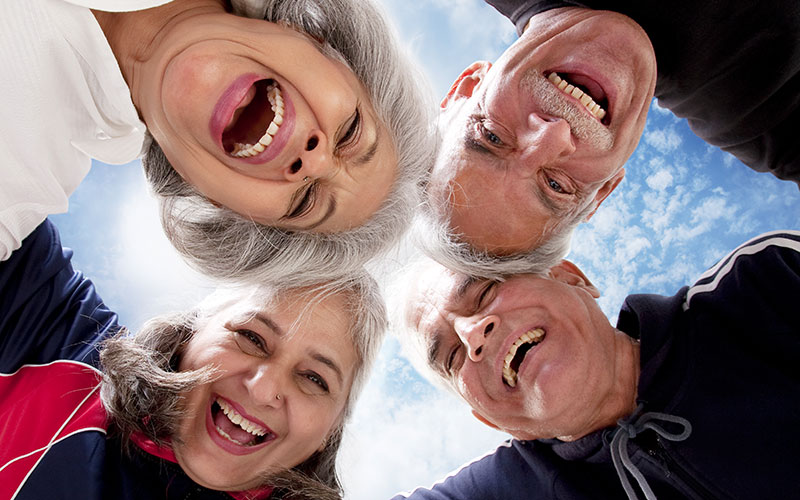